4 July 2019: Tonic Health Media, Australia’s leading health and wellbeing network has partnered with the renowned Wellbeing Science Institute to run a campaign to help combat poor sleep, and improve the health and wellbeing of staff within media agencies across the country.

40% of Australians are not getting enough sleep and a recent Federal Government report has put the financial cost of this nation-wide exhaustion at $26.2 billion a year.

Furthermore, 58% of media agency staff surveyed by Tonic Health Media identified that they are concerned about stress, which impacts on a person’s sleep. Inadequate sleep was a factor in more than 3000 deaths in 2016-17, over 77 per cent of which were related to the effects of inadequate sleep on heart conditions.

In response, Tonic Health Media is joining forces with the Wellbeing Science Institute and running free Sleep Workshops at media agencies in Sydney, Melbourne and Brisbane.

These sessions include teaching participants how to evaluate their sleep patterns and practical advice on how to get a better night’s sleep.
Tonic Commercial Director, Jack Mortlock, said: “Lack of sleep and high stress levels are particularly prevalent in the media industry, which has a reputation for being a very demanding work environment.

“These workshops are designed to provide the tools and strategies to get the best possible sleep,” Jack said.

Tonic National Agency Director, Sev Celik says Steve Johnson is the perfect person to deliver these sessions as part of its Healthy Living Program, given his expertise and reputation.

“Steve is a wellbeing consultant/advisor to leading professional sporting organisations including the NRL, Australian Cricketers’ Association and the Australian Defence Force,” Sev said.

The Wellbeing Science Institute’s CEO, Steve Johnson is excited about conducting the workshops and making a real difference to the sleep and overall lives of media agency staff.

“Poor quality and short duration sleep negatively impact our emotions; our ability to learn and remember; and the quality of our relationships. Chronic poor sleepers are more likely to be overweight; suffer from mental illnesses; and acquire chronic diseases. But the good news is, with the right knowledge and skills, people can get their sleep back on track quickly,” Steve said.

It’s expected that 1000+ media agency staff will participate in the workshops from over 32 agencies, with teams having the opportunity to take part in the Wellbeing Science Institute’s Personal Sleep Experiment.

Of the 10 Agencies that have participated in the Sleep Seminars to-date, the feedback has been overwhelmingly positive, because people are learning real skills that they can apply in their personal lives.

Tonic Health Media reaches an audience of 16 million plus Australians every month and has 7,500 media assets positioned in over 5300 GP, pharmacy and hospital waiting areas across Australia. Tonic also owns Australian consumer health website, www.myDr.com.au which now has over 2 million visitors a month.

The Wellbeing Science Institute is a world-leading organisation focused on evidence-based, holistic wellbeing that is preventative and developmental. The Institute works with leading sporting, military and corporate organisations. For more information visit www.wellbeingscienceinstitute.com
*Federal Government Inquiry into Sleep Health Awareness in Australia April 2019’ 1/2

About Tonic Health Media:
Tonic Health Media is Australia’s leading health & wellbeing network, created by Health Professionals in collaboration with Out of Home (OOH) and Digital Media Specialists. Tonic’s place-based media and digital assets are positioned in trusted, contextually relevant environments where the audience is making decisions about their health and wellbeing, interacting with 16 million people per month.

Their multi-channel network of TV, Digital Panels and Brochure Boards are featured in 5,300+ GP Practices, Hospitals, Pharmacies and Health Centre waiting areas across the country. Tonic also owns Australia’s most popular direct to consumer health website, myDr.com.au which has over 2 million visitors a month searching over 5,500 pages of high quality medical and wellbeing articles, reviews and commentary.

Tonic’s digital network allows them to reach more Australians than ever before through exclusive partnerships with leading Australian healthcare websites and content suppliers. Their investment in digital assets has increased the volume of evidence-based health content available on the network to improve the experience available to patients while enriching clinician environments.

Tonic connects with more people in the health and wellbeing market than any other media. The network enables advertisers and sponsors to deliver geo-targeted messages that activate the audience at a time when they are most engaged with their health and lifestyle. Record number of organ and tissue donors register with DonateLife 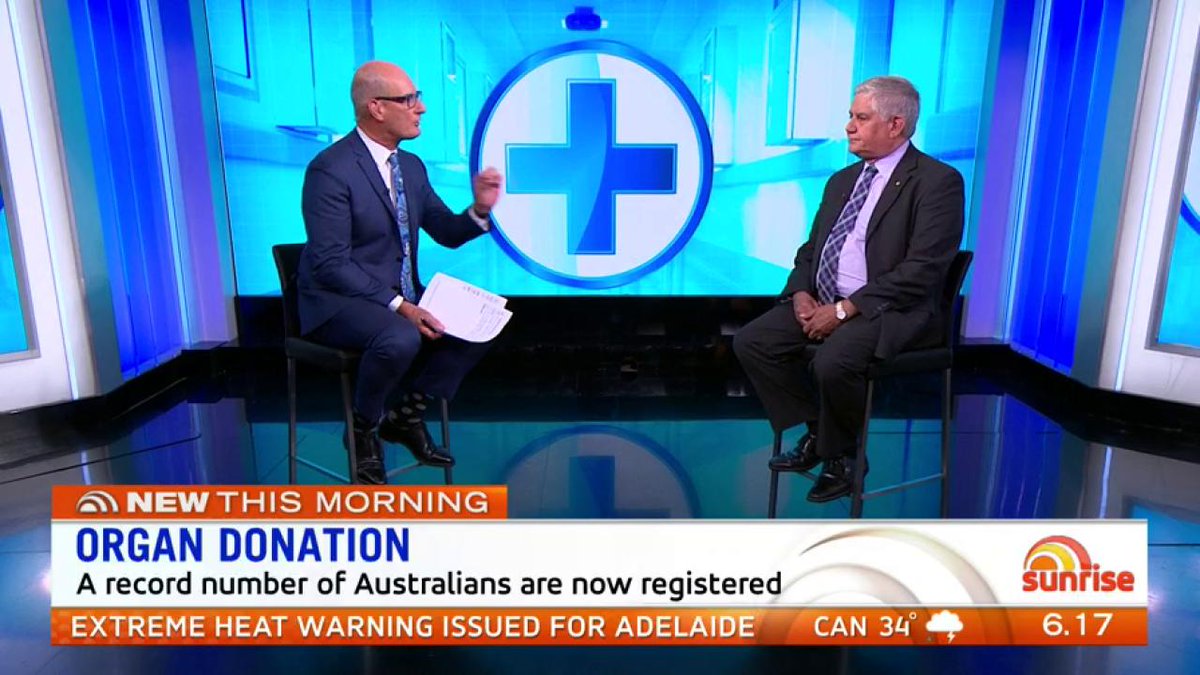 DonateLife last year joined forces with Tonic Health Media to bring the organ and tissue donation message to millions of Australians. What an amazing outcome for such an important cause! For more information [ Click Here ] 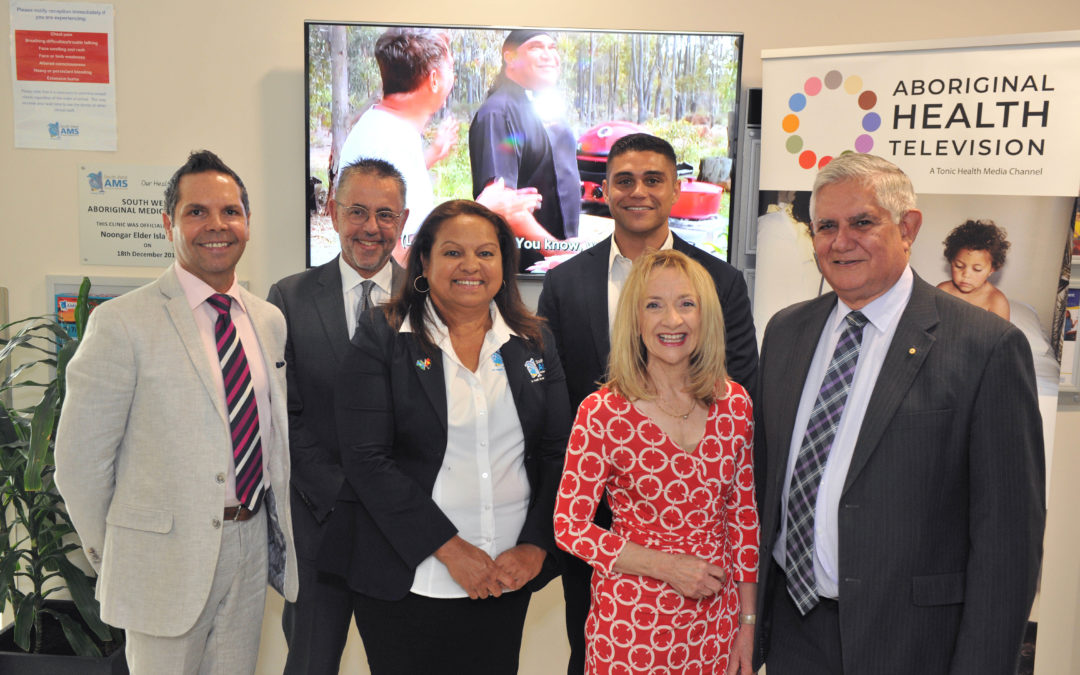 The Federal Government in July 2018 committed $3.4 million over three years to develop the targeted, culturally relevant AHTV network, which is expected to reacha First Nations’ audience of over 1.2 million people a month.

Indigenous Health Minister Ken Wyatt AM spoke about the importance of AHTV from the South West Aboriginal Medical Service (SWAMS) in Bunbury, Western Australia, which is one of first 50 initial locations to install AHTV. It is expected the network will be broadcasting in 100 locations by May 2019.

“The new network is an exciting step forward, built on local engagement, including local production of health and wellbeing stories, to reach the hearts and minds of our people and our families,” said Indigenous Health Minister Ken Wyatt AM.

“AHTV is a truly unique, ground-up opportunity to connect at the point of care and build stronger, healthier communities,” Minister Wyatt added.

“The fundamental idea behind AHTV is to provide engaging, appropriate and evidence informed health content to Aboriginal people while they are waiting to see their health professional,” says Dr Norman Swan, Co-Founder of Tonic Health Media who is developing this not for profit network.

“We have evidence that this period in the waiting area is a time when people are most open to information which can improve their health and offer relevant questions to ask their health professional when they see them in the next few minutes.

“Our aim is to offer AHTV as a free, fully maintained service to all AboriginalCommunity Controlled Health Organisations (ACCHOs) across Australia – around 300 locations. And it is already being rolled out, with SWAMS as one of our first.  We know that our targeted messaging can make a big difference. There’s nothing like knowledge to give people control over their decisions.

Tonic Managing Director Dr. Matthew Cullen says the partnership is an important step towards Tonic’s goal of improving health outcomes for all Australians.

“AHTV provides a unique opportunity to communicate with Aboriginal audiences at the point of care when patients, their families, carers and health service providers are strongly focussed on health and wellbeing,” said Dr Cullen.

“AHTV builds on this using digital technology to help close the gap, and improve the health and wellbeing of Indigenous Australians,” said Associate Professor Lawrence.

“Health promotion is a huge part of what we do at Aboriginal Medical Services across the country, and we welcome any opportunity to communicate these important health messages to our clients,” Ms Nelson said.

“The fact that the content has been tailored to suit our local Aboriginal community means that clients will benefit from health information that is relevant, culturally sensitive and meaningful to them. I strongly encourage Aboriginal Medical Services nation-wide to jump on board this fantastic initiative.

“We are also proud that SWAMS is the first location in Australia to have AHTV,” Ms Nelson added.

Jake Thomson, a proud Aboriginal man is playing a lead role in bringing AHTV to Indigenous communities. Belonging to the Wiradjuri Nation and growing up in Western Sydney, Jake is the Community Relationships Manager for AHTV.

“AHTV not only offers culturally relevant content, but it gives a voice to every community. By having the information they need, it will enable our people to consciously make the right choices, which in turn will lead to better health outcomes for Aboriginal and Torres Strait Islander people,” Jake said.

And that’s exactly the aim of AHTV. Its tagline “Live Healthy. Live Long. Live Strong.” is the message they are here to deliver.

Content is being developed in partnership with local Aboriginal health services and producers who specialise in Indigenous content to ensure it is culturally relevant and engaging for audiences.

AHTV is operating as a collaborative, not-for-profit, fully sustainable enterprise and being developed by Tonic Health Media, with oversight from its Advisory Board.

Board members are respected members of the Aboriginal and Torres Strait Islander health community, including Dr Mark Wenitong from Apunipima Cape York Health Council, Donna Ah Chee from the Central Australian Aboriginal Congress, Adrian Carson from the Institute of Urban Indigenous Health, Professor Sandra Eades from the University of Melbourne and Associate Professor Dr Christopher Lawrence from the University of Technology Sydney. 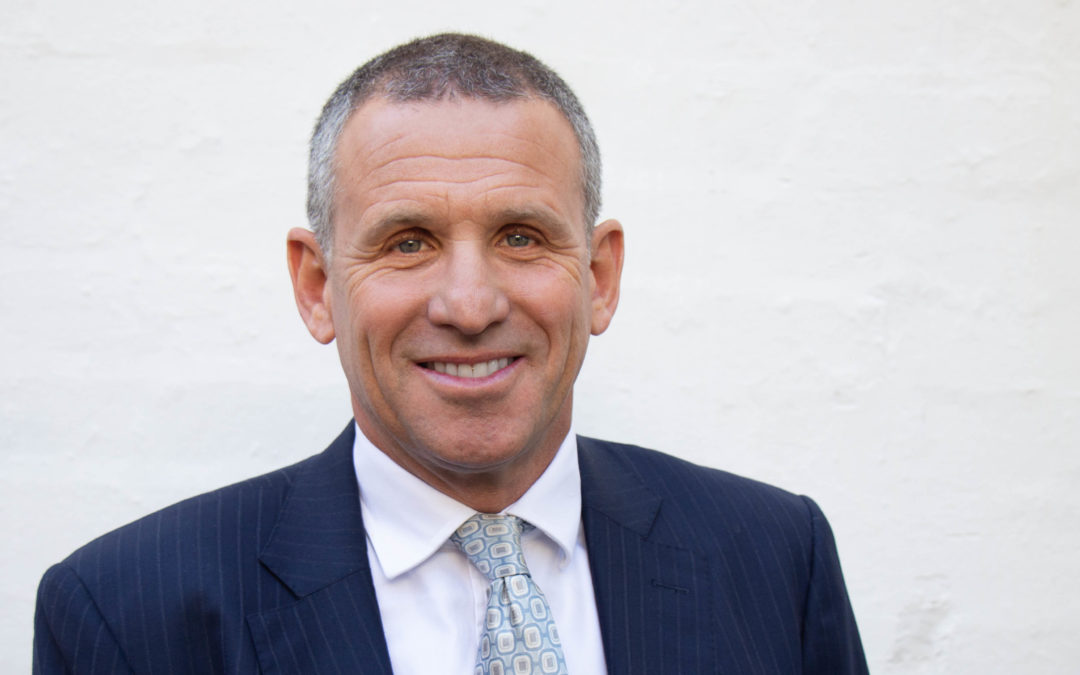 More Australians are searching online for health related information and tools than ever before.

Over 2 million people a month visit myDr.com.au which is owned by Tonic Health Media as they want to have more informed conversations with their health professionals or access further information after a consultation.

Click play below to listen to the full interview. 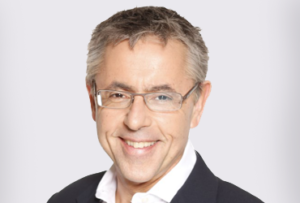 Tonic Health Media Co-Founder Dr. Norman Swan was recently interviewed for the Advertising Week 360 Global Podcast which features interviews with some of the most innovative companies and thinkers from around the globe.

Click play to listen to the full interview  (10 minutes) ;